Without warning, the wolf hurtled into view, bounding across the tundra, its silvery coat flashing, tongue flapping from terrible jaws. Whump! The animal slammed into the undergrowth as it pounced on a ptarmigan, a squat little bird a bit like a grouse. But in a flurry of feathers, the fowl made a miraculous escape, rocketing skyward while the wolf clutched at thin air. Everyone in the bus stared in silent thrill or snapped photos through the open windows. The wolf slunk away, hungry.

Just a few turns farther down the lone road through Denali National Park, the driver of our public shuttle bus (no cars are allowed) switched off the engine and put a finger to his lips. A honey-coloured grizzly bear was 10m away, ripping wild blueberries off the bushes as it fattened up for winter.

It was only 8am. By lunchtime we had also seen bald eagles, a caribou, a moose, a mother bear with her two gambolling cubs and, against a bluebird sky, Denali, the highest mountain in North America, which is often wreathed entirely in cloud, was snowcapped and glinting in the sunshine.

I knew Alaska would be spectacular, but this was beyond my dreams. Americans call the vast, remote state the Last Frontier, and the few human residents seem almost irrelevant in this beautifully raw land, where the beasts and the weather are ostensibly in charge.

Even here, though, the wildflowers, whales, grizzlies and glaciers need their havens from enthusiastic miners, oilmen — and tourists. Amazingly, Alaska is home to more than half of the area protected by federal law in the form of national parks in the US. The state has 17 national parks, including seven of America’s ten largest.

Few people have even heard of the largest — Wrangell-St Elias National Park and Preserve in eastern Alaska, which is so huge it could swallow both of its better known cousins, Yellowstone and Yosemite. Oh, and Wales, twice over. It’s one of Alaska’s best-kept wilderness secrets in a place already big on the great outdoors.

Denali National Park — renamed from the original Mount McKinley Park when President Obama gave the highest peak in North America its original native Alaskan title of Denali — also has some of the most rugged wilderness on Earth.

It makes a great contrast too to my next stop, the coastal environment of Kenai Fjords National Park, a chilly oceanic paradise of ice and more fantastic animals about 125 miles south of Anchorage in Alaska’s south-central region. From the start it was spectacular — a boat trip out through the narrow channel of Resurrection Bay from the port of Seward, where snowy peaks and glaciers looked down on piercing blue waters populated by large families of sea otters. They floated on their backs in the sun, paws crossed on their chests and gorgeous furry faces looking up innocently at the humans, who thankfully these days are there to take their picture not their pelts, as they did in the old fur-trapper days.

Eagles were everywhere, cruising overhead or sitting on the tall pines lining the headlands. To an Alaskan it’s about as common as seeing a blackbird, while we tourists were practically fainting with the novelty.

Then there were flashes in the water. Several black and white Dall’s porpoises were leaping and darting in the boat’s foaming bow wave. They swam breathtakingly fast. Another flash, but this time in the air, tiny and bright. Puffins, flying past so swift and low to the water that they were tricky to follow with binoculars, but, if you lost track, there was always another close behind.

Farther out into the open ocean, great clusters of the striped-beak cuties were tucked safely on the cliffs of rocky islands above jostling sea lions. Something else black and white but much, much larger approached. Killer whales, a pod of three or four, glided into view, diving and surfacing, then passing gracefully by.

What I was waiting for, however, were humpback whales. In Alaska’s short tourist high season, from June to September, the chances of seeing humpbacks are good. On this occasion, however, I wasn’t lucky. It was early June, so most of the whales were probably 500 miles to the south, in the “inside passage” archipelago region that adjoins British Columbia.

This part of Alaska, which includes the state capital, Juneau, is the stamping ground for cruise holidays. But being more of a landlubber, I had planned only one short, spectacular boat trip, squeezed in between forays into the mountainous areas of the interior.

There might have been no humpbacks, but there was a surprise not far away. Our day trippers’ vessel chugged on, from the brisk wind of the open ocean into the shelter of a wide fjord full of small icebergs topped with seals, like cherries on an ice-cream sundae.

At the back of the fjord was a towering glacier, its glistening blue-and-white face dropping sheer from the massive ice field that covers the top of the Kenai peninsula, into the deep bay where we now floated. Suddenly, an ear-splitting crack, like a thunderbolt or a rifle shot, rent the air and a block of ice the size of a lorry broke from the glacier and plunged into the sea. Then, boom, another big chunk splintered away and splashed down into the fjord.

This wasn’t global warming, although glaciers all over Alaska are retreating at an alarming rate because of it. We were lucky to be witnessing the natural process of a glacier “calving” icebergs when it reaches the sea.

Later I stayed in a wilderness lodge in that very bay and watched more ice breaking away while sitting in a kayak almost underneath it. That was the day I saw a black bear and a freshwater otter too, and I wondered if I should move to Alaska . . .

But, oh, the long, harsh winters. And Sarah Palin! Sticking to holidays, but getting even more remote, I flew into the interior, to the small, rustic, old mining settlement of McCarthy in Wrangell-St Elias National Park, in many ways keeping the best for last in this wild corner of the Last Frontier.

The park is home to the continent’s largest bunch of glaciers and so many peaks that it’s known as the mountain kingdom of North America. Ironically, in a national park where nature is now protected, Wrangell-St Elias features the ghost town of a huge copper-mining operation that prospectors established at the turn of the 20th century and abandoned in the late Thirties. I even stayed in a guesthouse that was the old brothel.

Now the area is all about back-country hiking, biking, fishing and kayaking for the few intrepid souls who venture this far. I donned crampons and crunched across ice for several hours with a local guide on one of the majestic glaciers creeping down from a bowl of mountains that hugged in on us. We peered up at their frost-shattered summits and down into the glowing blue, almost bottomless crevasses of the glacier.

It seemed an impossibly long way from civilization, and yet the ghost town clinging to the side of the valley above was a reminder of how far man will go for minerals and treasure.

Need to know
Joanna Walters was a guest of the State of Alaska Tourism Office (travelalaska.com)

Where to stay
Hotel Captain Cook (captaincook.com), the best hotel in Anchorage with views from its restaurant to Danali, costs from £185 a night.

Windsong Lodge, Seward (sewardwindsong.com), makes a good base for the Kenai Fjords National Park and has doubles from £110 a night.

Aspen Haus, Healy (aspenhaus.com), 12 miles north of the entrance to Denali National Park, has cabins from £85 a night, with a minimum two-night stay.

Ma Johnson’s Hotel, McCarthy (mccarthylodge.com), is a mining-era hotel that’s more fun than luxury, despite the price of £156 a night B&B. It is a good base from which to explore Wrangell-St Elias National Park and Kennecott ghost town. The 60-mile road from the nearest town of Chitina to McCarthy is so rough that many vehicle-hire firms exclude it from insurance cover. Park in Chitina, then ride or fly.

Cruise the Hubbard Glacier
Journey through the labyrinthine fjords and bays that make up the Inside Passage from the comfort of a cruise ship. The voyage, on Celebrity Infinity, begins in Vancouver and passes the magnificent Hubbard Glacier, before calling at the historic town of Icy Strait, where guests can learn about Tlingit tribal customs. On board, relax in the spa or stargaze on the new roof-top terrace. The price, from £2,689pp, includes return flights to Vancouver and seven nights’ full board in an interior cabin based on a September 4 departure (0800 4414054, celebritycruises.co.uk).

Alaska and Hawaii twin trip
Combine ice and fire with a trip to the Alaskan wilderness and tropical Hawaii. Trailfinders (020 7368 1200, trailfinders.com) has a 14-night tour that takes in both states. The first seven days are spent exploring Anchorage’s museums, bear watching, riding the Alaska Railroad and kayaking to the Aialik Glacier. Then fly to Hawaii, where activities include surfing at Waikiki Beach and a helicopter ride over the Big Island. The price of £5,699pp includes international and domestic flights, 14 nights’ accommodation and some meals, and is valid for departures from June to August.

Hike in Denali National Park
Lace up your walking boots for a group-hiking adventure with World Expeditions (0800 0744135, worldexpeditions.co.uk). On the seven-day Denali Unexplored tour you will spend five days walking a 30-mile circuit through tundra and glaciers in Denali National Park, with unparalleled views of North America’s highest mountain, Denali. A float plane will transport you over the Ruth Glacier and into the wilderness to begin your journey, which ends after a train transfer to Anchorage. The price, from £2,290pp, includes five nights’ camping and one night in a lodge, plus all meals, with departures on August 21, 28 and September 4. International flights cost extra.

Ride the Alaska Railroad
See Alaska by train with the Alaska Railroad tour, which takes in some of the state’s most mesmerising regions. The nine-day trip starts in Anchorage and heads south to Seward for a cruise through the Kenai Fjords National Park to spot sea otters and whales. Other highlights of this trip with Artisan Travel (01670 785085, artisantravel.co.uk) include a thrilling jet-boat ride through the rapids of Talkeetna and a riverboat tour around Fairbanks in a vintage boat, above left. It costs £2,045pp, including transfers, nine nights’ accommodation, some meals, Alaska Railroad standard-class travel and most activities. International flights cost extra. Tailor-made departures are available until September 3.
Ellie Ross 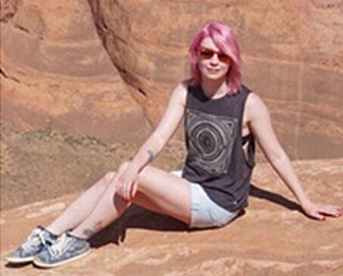 Greetings! I'm Megan and I welcome you on my blog. I lead an active lifestyle: skiing, hiking, riding bikes and motorcycles, and of course travelling. This blog is my attempt to share the experience I get during my trips to different countries. Let's explore the wonders of our planet together! 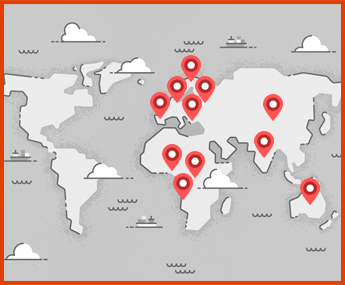 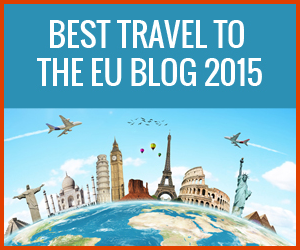